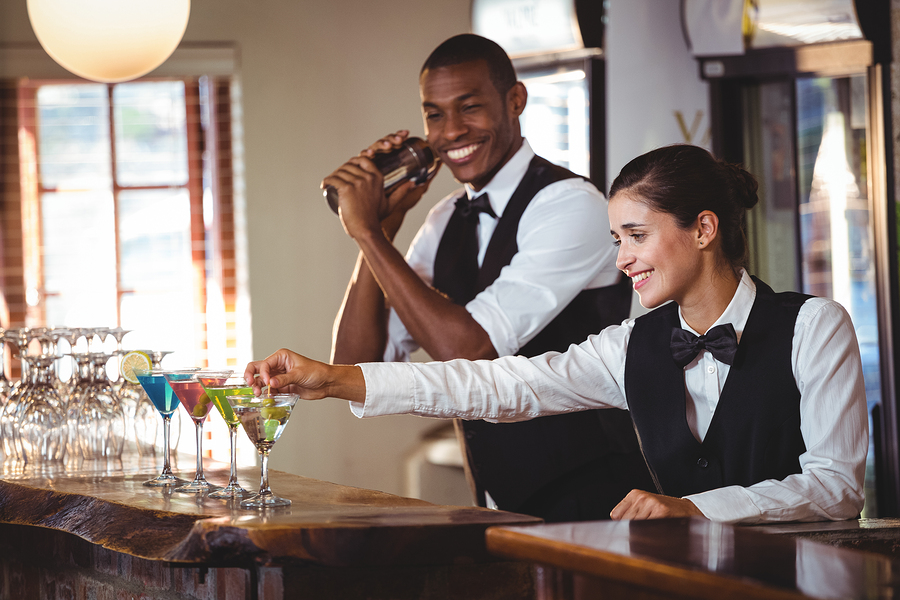 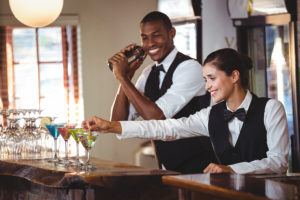 Activist groups often misleadingly point to the $2.13 base wage for tipped employee wages, and claim that they earn less than the  minimum wage. This isn’t true: Tipped employees are guaranteed to earn at least the minimum wage and typically earn much more. Census Bureau data show that the average hourly wage for a restaurant employee earning tip income is over $13 an hour, with top earners bringing in $24 an hour or more. If the tipped wage is increased, many of these jobs will disappear. Help us, help you by getting your servers involved in the fight to keep their tips. Download and handout this flyer to get your servers involved.

WHAT IS THE TIPPED MINIMUM WAGE?

Tipped employees have two different sources of pay: Tip income, and a supplemental base wage. The tipped minimum wage is set at $2.13 per hour at the federal level. When combined with tip income, an employer must guarantee that tipped  employees earn at least the prevailing state or federal minimum wage. Put differently, there’s no such thing as a “sub-minimum wage” for tipped employees; the same wage standard applies to them as all others.

WHAT DO SERVERS EARN?

The data show that servers typically earn far more the minimum wage. In the rare instances where they don’t, employers are legally required to make up the shortfall. Census Bureau data show that servers earn over $13 an hour on average when their tips are included, in states that follow the federal tipped wage standard. Top earners bring in roughly double this amount or more. Tipped employees are guaranteed the same minimum wage as all other employees, and tips are considered income
by the IRS.

Even in states where the base wage for tipped employees has been constant since the early 1990s, Census Bureau data show that total take home pay has increased in almost every year, as tip income has increased along with menu increases and increased food and beverage prices.

WHAT DOES RESEARCH SAY ABOUT THE TIPPED WAGE?

Research shows that increases to the tipped wage result in a loss of work opportunities. Economists William Even at Miami University and David Macpherson at Trinity University examined 20 years of federal data to assess the impact of state increases to the tipped minimum wage. The authors found that past increases in the tipped wage have reduced full-service restaurant employment. They also found that a $12 minimum wage would eliminate 770,000 jobs nationwide.
More recently, economists at Harvard Business School and Mathematica Policy Research examined minimum wage increases in the Bay Area—where a high minimum wage is combined with the lack of a tip credit. The authors found that the rising minimum wage had increased the rate of restaurant closures.

WHAT HAPPENS IN STATES THAT HAVE ELIMINATED THE TIPPED MINIMUM WAGE?

New York provides a recent example of the harmful results when this status quo is overturned. A state wage board appointed by the governor increased the base for tipped employees by more than 50 percent in 2015, regardless of whether they were already earning far more than minimum wage with tips included. The state’s restaurants were forced to give their highest-paid employees a raise — and raise prices, cut staff and business hours, or close their doors to adapt to the higher costs.
Census Bureau data show that New York lost over 500 restaurants in 2016, a stark reversal from years of increases. In New York City, full-service restaurant employment growth cratered to roughly one percent, after growing at 6-7 percent on average in the previous five years.

WHAT DOES THE PUBLIC AND SERVERS THINK ABOUT TIPPING?

A survey of over 1,000 restaurant employees nationwide found that 97 percent prefer earning tips on top of an hourly wage instead of a flat hourly-wage amount. And a survey of 3,000 U.S. consumers by Horizon Media found that a whopping 81% prefer the status quo to a tip-free alternative.
In the handful of states without a tipped minimum wage, some restaurants have experimented with eliminating tipping. San Francisco restaurants Trou Normand and Bar Agricole estimated they lost 70% of their wait staff during a tip-free experiment in 2015, despite the higher salaries. Owner Thad Vogler told CNN Money that his servers in San Francisco were making as much as $45 an hour with tips, a figure that fell as low as $20 in a no-tipping environment. To stop the bleeding, he brought back tipping after 10 months.

• How much do you earn an hour on average, including tips?
• Would you prefer a higher base minimum wage if it meant upsetting the tipping status quo?
• Would you still keep this job if you didn’t receive tips?